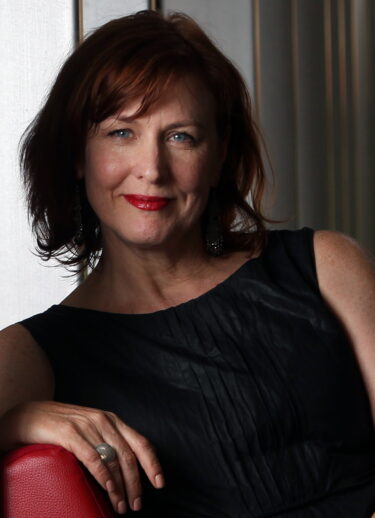 As a director, she has created more than 50 major opera productions across Australasia. In Europe she has directed productions for several prestigious companies, one of which, La bohème (Deutsche Staatsoper in Berlin), was telecast live throughout Europe. She made her American debut in 2004 directing The Barber of Seville for Houston Grand Opera, returning in 2009 and 2013 to direct Rigoletto and Die Fledermaus respectively. In the last three years she has directed new productions for Seattle Opera, San Diego Opera, Leipzig Opera, Royal Opera Stockholm, New Zealand Opera, Pinchgut Opera, West Australian Opera and Opera Queensland.

Lindy is recognised as a champion of new Australian work across a range of genres. As Artistic Director of OzOpera, she commissioned the MDTV project, award-winning screen operas with ABC TV, and major Australian works including Paul Grabowsky’s Love in the Age of Therapy and Richard Mills’ Batavia (with Opera Australia and the Melbourne Centenary of Federation Festival). Lindy’s 2001 production of Batavia won the Helpmann and Green Room Awards for Best Director and Best Production. In 2007, she commissioned and directed the world première of Richard Mills/Timberlake Wertenbaker’s opera The Love of the Nightingale, one of several new creations for Perth International Arts Festival within the award-winning Wesfarmers Arts Commissions series.

New Australian work, a focus on contemporary Indigenous culture, the development of a distinctive regional identity and celebration of local communities have been fortes of her tenure as Artistic Director of the Perth International Arts Festival 2004-2007and as Festival Director of the 2010-2012 Sydney Festival, Australia’s largest and most popular annual arts event. Lindy’s 2010 Sydney Festival won 5 Helpmann Awards from 9 nominations including Best New Australian Work for Smoke & Mirrors (Sydney Festival in partnership with Spiegeltent International), Best Major Event (Festival First Night), and Best Classical or Orchestral Concert (Oedipus Rex/Symphony of Psalms). Alongside a focus on Australian innovation and bold international programming, Lindy’s Sydney Festivals were recognised for their cultural diversity and inclusiveness, featuring programming from the Asia Pacific region and Indigenous Sydney. In 2012, the expansion of the Festival program in Parramatta and Black Capital, a major celebration of Redfern, were important landmarks for the Festival.

Lindy Hume is the recipient of an Australia Council Theatre Board Fellowship and holds a Graduate Diploma in Arts Administration from the University of South Australia. In 2007, she was awarded the Honorary Degree of Doctor of Letters by The University of Western Australia in recognition of her contribution to the cultural life of Western Australia and in 2013 was named one of Australia’s 100 Women of Influence. Lindy has served as Chair of South East Arts for 6 years until 2014, and on the board of Regional Arts NSW. She served on the Australia Council’s Major Performing Arts Board (2008-2011) She served on the board of Festival of Voices in Tasmania (2015-17) and currently sits on the board of NORPA in Lismore.

Lindy’s commitment to seeing the arts flourish in regional Australia is well known, most recently expressed in her 2017 Currency House Platform Paper Restless Giant: Changing Cultural Values in Regional Australia. Public interest in her idea of developing an assertive Counter Urban arts practice has now led her to develop her ideas into her PhD research exploring the dynamics of cultural identity and the practical and aesthetic concerns surrounding the working life of artists in regional Australia; and how work made by artists living in regional Australia flows into the national and global cultural ecologies.