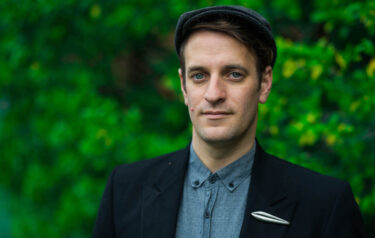 Gareth Hart is an independent artist and arts worker, and holds a Masters of Choreography from the Victorian College of the Arts. Gareth has a dedication to work with and for culturally progressive organisations and festivals, within a non-metropolitan environment.

They are currently nourished by living both in the lush surrounds of the Dandenong Ranges and the vast sprawling landscapes of Mildura.

For over a decade, Hart has been dedicated to developing a deeply considered dance improvisation practice informed by the potential of the body as a site for conceptual confusion, artistic challenge, aesthetic rigor and philosophical dance inquiry. Hart’s critically acclaimed and award winning work has toured extensively around Australia, and more recently into international waters namely in France and the UK.

In 2018, Hart was selected for the highly competitive 'Future Leaders Program' from the Australia Council for the Arts, and was recently awarded an Australia Day Award for 'Outstanding Contribution to the Yarra Ranges Community'. Currently, Hart is the Executive Director of Arts Mildura.